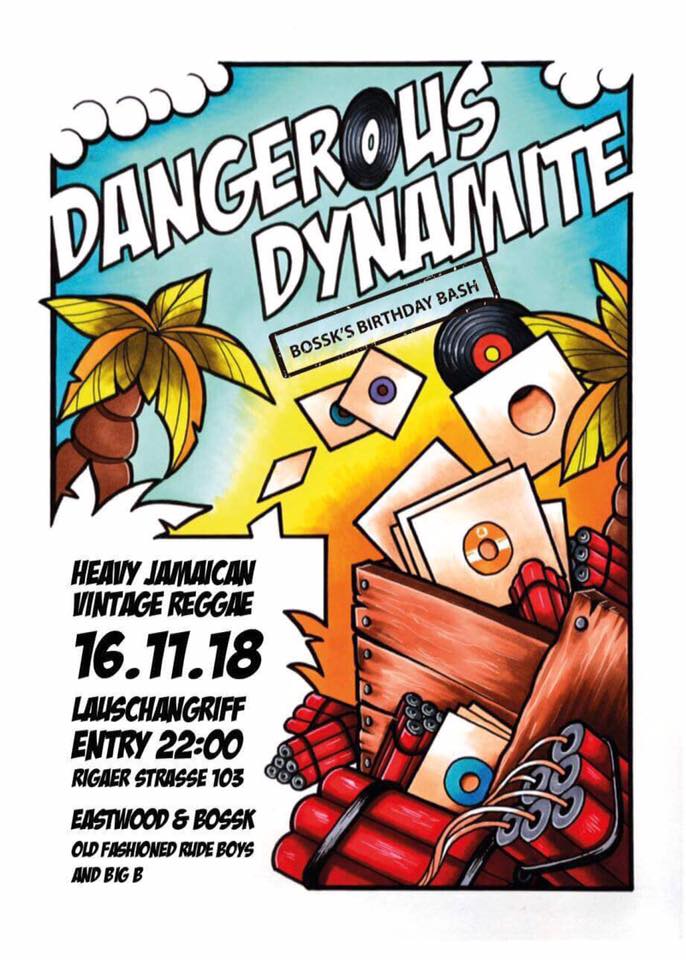 The Old Fashioned Rudeboys & Big B invited two excellent local selectors for their Dangerous Dynamite Party in a basement of Berlin Friedrichshain. BossK will barely fit under the low ceiling but for sure play some great tunes as you know from his monthly do, the ReggaeXplosion. Eastwood is rarely seen behind the decks these days and although he is lately more know as a seller of jamaican oldies on original vinyl, but he still owns an impressive collection and will draw some hot stuff.

The HKW is known for spicing up their program with some jamaican artists from time to time. For the current project 100 years of Copyright they will bring Dennis Alcapone and Mad Professor, sounds like an interesting combination to us. The day before Sister Nancy will be there too, if you missed her great show at Badehaus earlier this year you have another chance on the 19th.

2,5 years ago Jeremy aka. Scratch Famous was our guest for the Rock Steady Ballroom and played some great original tunes from the 60s. He’ll bring a slightly different bag with more 80s Reggae and Rub-a-dub for the Vintage Night and we’re sure it will be a great dance. Panza and Barney Millah will join him on the decks. 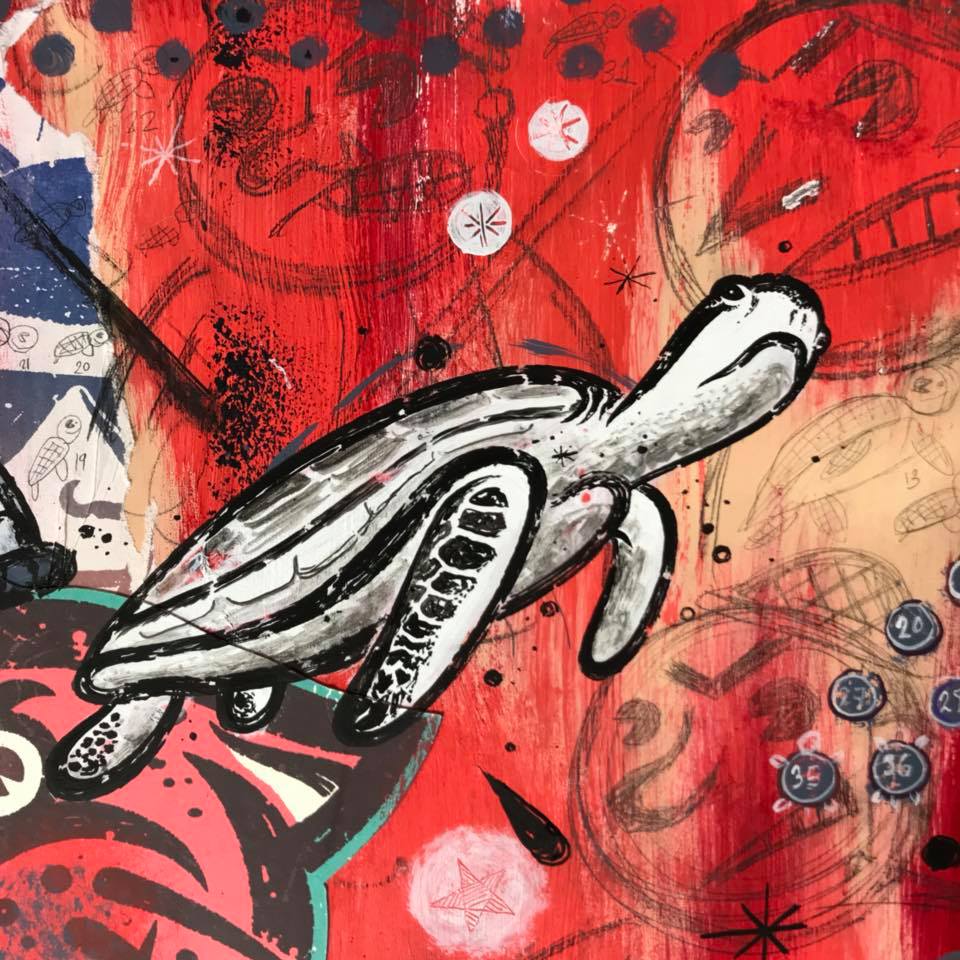 Chema Skandal has done quite a few great artworks for us in the past, the latest one was a poster for the Vintage Jamaican Music Soundclash of which we still have some screenprints left for sale. Contact us if you fancy one! During his last visit in Berlin he contributed a piece to an exhibition at Urban Nation which starts on September 27th. Go check it out:

Update: The piece is not shown in the exhibition but in one of the residencies and was only accesable until September 30th. But the museum is definitely worth a visit.

If you accept this notice, your choice will be saved and the page will refresh.

It has been a thrilling night at YAAM on the 7th of September. On very short notice the lineup changed due to reasons beyond everyones control, Tiny T was replaced by Team Right on Time (Alex Fireball & Thee Snufferer) who ran against Mr. Mass and Thomas Eiene (Get Ready, 60’s Reggae Club, Oslo). The evening started with a very nice warmup by Rudewoi and as usual in Berlin, the place filled up quite late. END_OF_DOCUMENT_TOKEN_TO_BE_REPLACED
14. September 2018/1 Comment/by the rhythm ruler
https://originalreggae.de/wp-content/uploads/2017/10/nothing.png 0 0 the rhythm ruler https://originalreggae.de/wp-content/uploads/2017/10/nothing.png the rhythm ruler2018-09-14 19:03:282022-08-05 17:38:13Recap: Vintage Jamaican Music Soundclash

For reasons beyond everyones control we sadly have to announce that Tiny T will be unable to participate at the Vintage Jamaican Music Soundclash. He will be replaced by a team from Cologne: Thee Snufferer and Alex Fireball will represent their Right on Time allnighter. Both are serious collectors and well known and respected in the international Original Reggae scene and will fight hard for the trophy.

In case you haven’t found them on facebook yet, here are the rules for the Soundclash:

Original press 7″ records only. No dubplates, No repress, No bullshit.

Round two:
10min rock steady each.

Order will be defined by lot. after each round the audience makes a choice. If it is a draw after these three rounds there will be another 10 min round with no style limitation. Third place will drop out.

Final round:
Tune fi tune. Second place of round one to three starts. No rewinds in this round. Competitors can play the tune as long as they want, but minimum is 30sec. First to win 5 rounds is the winner, will take the trophy home and play at the ReggaeXplosion anniversary the day after.

All of the three competitors taking part in the Vintage Jamaican Music Soundclash have played in Berlin and on our Soundsystem before and each of them delivered quality tunes and set the dancefloor on fire. For all who don’t know them yet we wrote this introducion in alphabetical order.

END_OF_DOCUMENT_TOKEN_TO_BE_REPLACED 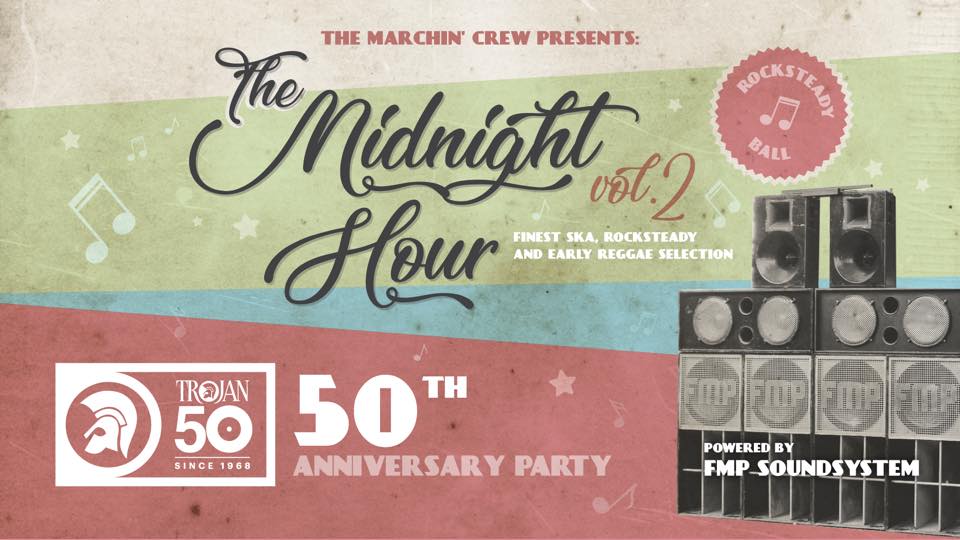 As Prague is easy to reach from Berlin by train or bus we’d like to suggest a trip to the beautiful czech capital in September. The Forward March Posse is running a proper soundsystem there and is organizing a second edition of ‘The Midnight Hour’, a rocksteady ball as we know and love it from our own dances. They invited our Rhythm Ruler for this one and will celebrate the 50th aniversary of Trojan Records in fine style.