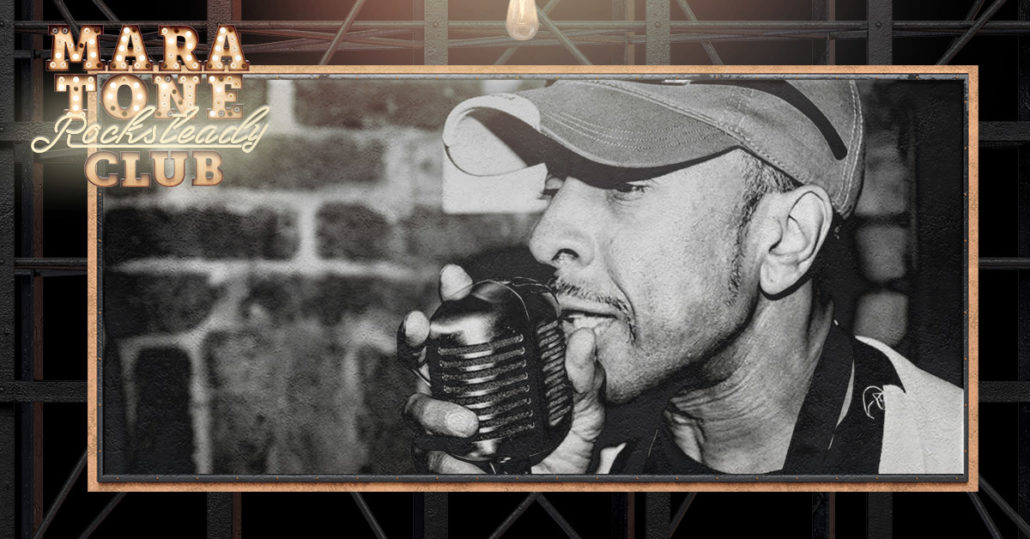 For more than four years, the Maratone Soundsystem was organizing the Rock Steady Ballroom, a popular dance for jamaican oldies lovers. The venue where it took place closed for the public this summer and a very busy farewell weekender made clear that there is demand for a party like this. So the guys running the soundsystem started looking for a suitable venue and are now happy to present a new dance in town at Privatclub in the lively and diverse neighbourhood of Berlin Kreuzberg.
Guest selector for the first edition of the Maratone Rocksteady Club is Tiny T from London. He was the first international DJ playing his records at the Rock Steady Ballroom and will share the decks with the Midnight Drifters and The Rhythm Ruler.

The diminutive dynamo known to the world as Tiny T, The Mighty Cloudburst has been steeped in music since childhood.

The roots of his lifelong passion lie in ‘Freddy Cloudburst’, the trail-blazing sound system formed by his father and uncle whilst resident in the Waltham Park district of Kingston, Jamaica. Freddy and Eddy, respectively the operator and technician of the sound, were devotees of both Duke Reid and Clement ‘Coxsone’ Dodd, whose Downbeat set-up proved a guiding force in the brother’s musical development. Making the move to London in 1955, they swiftly established a fieldom south of the river, holding the corner for Cloudburst with residencies at Mr Bee’s in Peckham and Cloud’s/The Ram Jam in Brixton.

Among his lasting legacies, Freddy was an early champion of a youth now known as Jah Shaka, spotting his potential and providing the fledgling roots legend with vital technical expertise.

Freddy emigrated to Miami in the mid 1980s, by which time T’s rare gift for unearthing the overlooked and undervalued music of Jamaica had begun to excite feverish interest amon London’s music obsessives and collectors, Curating a formidable library of rare and crucal blank pressings his unrivaled scope soon spanned the early sound system staple of imported rhythm and blues, the scorching sounds of ska and rocksteady and, beyond this, the burgeoning development of roots music.

Ducking out of the business in order to focus on family and career, T has ceaselessly lifted through the rarities in search of melodic gold, sourcing impossibly rare tunes as The Wailer’s Lemon Tree’ and restoring them to public prominence. Significantly within the rarified atmosphere of the revival reggae circuit, he also keeps a close watch on the latest releases, peppering his sets on occasion with tasteful modern-day interpretations of his timeless material, pumped out through the original valves which had powered Freddy Cloudburst some forty years ago. With impeccable judgement, and an encyclopaedic knowledge of the rhythms which have thrilled generations, Tiny T and his revitalised Mighty Cloudburst are poised to take their rightful place at the forefront of the revival scene.

Over the last years Tiny T has been booked at Reggae Geel, Rototom Sunsplash and even toured Japan and Mexico with bags full of musical gold. In Germany he is known to most oldies enthusiasts as he won the ‘King of Kings Revival Soundclash’ in 2011. It has been more than four years since he was playing in Berlin and the Maratone Soundsystem is glad to have him back for the first edition of their new Rocksteady Club.